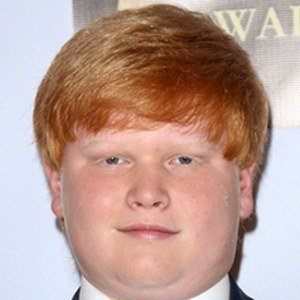 He took acting classes from a young age at the University of Alabama's Theatre department and earned his first speaking role less than a year after he started.

He won a 2016 Young Artist Award for Best Performance in a TV Movie for his role in Dolly Parton's Coat of Many Colors.

He was born and raised as a country boy in Alabama.

He rose to fame as a child actor similarly to Macaulay Culkin.

Forrest Deal Is A Member Of