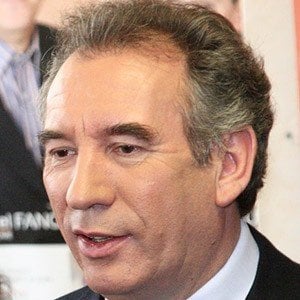 Politician who became the leader of the Democratic Movement and ran for President of France in 2002, 2007 and 2012. Previously, he was his country's Minister of Justice and Minister of National Education.

He earned a degree from Bordeaux Montaigne University in 1974.

His father Calixte was a farmer and his mother's name was Emma. He married his wife Élisabeth in 1971. They have four daughters and two sons.

He briefly served in the cabinet of French President Emmanuel Macron.

François Bayrou Is A Member Of