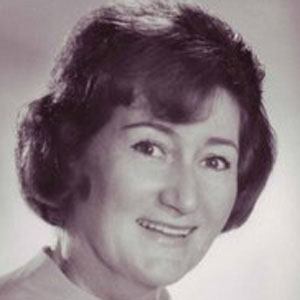 American actress who starred in the last season of Gunsmoke and appeared in the feature film, Big Wednesday.

She began performing in theatrical productions at the age of six and later left Stanford University to join the USO as a war-time entertainer of troops.

She made early-career television appearances in Batman, The Beverly Hillbillies, and Green Acres.

She had a son named Christopher.

Ryan played the supporting role of Aggie Thompson in the first few episodes of The Doris Day Show.

Fran Ryan Is A Member Of