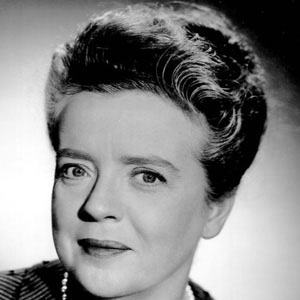 American stage and television actress who is best remembered for playing Aunt Bee on The Andy Griffith Show.

She studied at Columbia University and at the American Academy of Dramatic Arts and made her Broadway debut in the 1938 play On Borrowed Time.

She appeared in the classic film The Day the Earth Stood Still.

She was born in New York City and later retired to Siler City, North Carolina.

She often clashed with fellow actor Andy Griffith during the filming of The Andy Griffith Show. In spite of the off-screen drama, Bavier's character, Aunt Bee, was much loved by audiences, and Bavier received the Emmy Award for Outstanding Supporting Actress in a Comedy.

Frances Bavier Is A Member Of