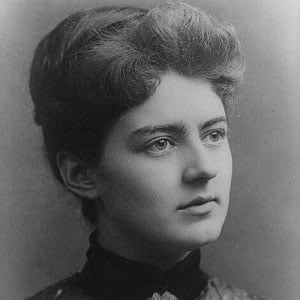 Wife of United States President Grover Cleveland who served as the First Lady of the United States from 1886 to 1889 and again from 1893 to 1897. At age 21, she became the youngest First Lady in history.

She attended Wells College in Aurora, New York. She married Grover Cleveland, who was a friend of her father, in 1886.

Her alma mater Wells College constructed Cleveland Hall in her honor in 1911.

She took over the title of First Lady from her husband's sister, Rose Cleveland.

Frances Folsom Cleveland Preston Is A Member Of