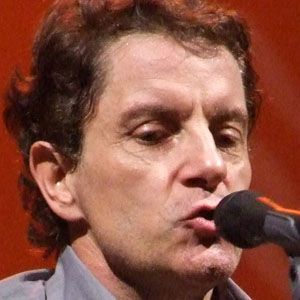 He learned English as a young man by singing songs by artists like Neil Young and Leonard Cohen.

His tour for the album Les Beaux Dégâts was a massive success and included a sold-out thirteen-day stint at Casino de Paris.

He has a sister, Martine, and a brother, Philippe.

Francis Cabrel Is A Member Of