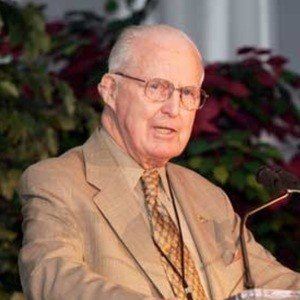 American biologist and humanitarian whose work producing and promoting hardier strains of cereal crops to feed more people won him the 1970 Nobel Peace Prize. His introduction of the Green Revolution also won him the Congressional Gold Medal.

He joined the Rockefeller foundation in 1944 to work on ways to cultivate wheat in Mexico, a problem that occupied him for the next 16 years.

His new strains of crops were introduced to great success in developing countries like Pakistan, India and Mexico, where they saved millions from starvation.

He grew up in a small farming town in Iowa, his family raising both cattle and crops.

Madame Curie, who discovered the radioactivity of polonium and radium, also won the Nobel Peace Prize for helping to save countless lives.

Norman Borlaug Is A Member Of