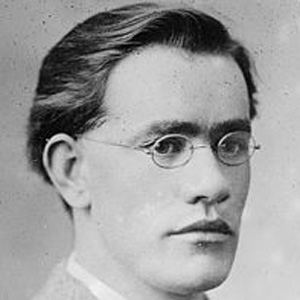 Irish World War I-era poet known for Songs of the Fields and Songs of Peace. His complete poems were published posthumously in 1919.

He left school at age thirteen and worked a number of odd jobs in the mining, farming, and construction industries.

He died in combat during the World War I Battle of Passchendaele.

He was one of nine children born to Patrick Ledwidge, Sr. and Anne Lynch. When his father died in the early 1890s, five-year-old Lynch was forced to enter the workforce alongside his mother and siblings.

Francis Ledwidge Is A Member Of