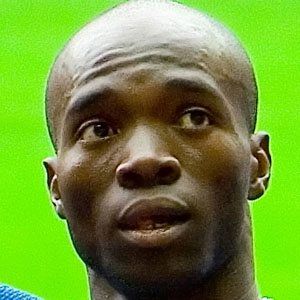 Nigerian sprinter who won a silver medal for Portugal at the 2004 Summer Olympics in the 100 meters racer.

He was a soccer player in Nigeria before becoming a runner and moving to Portugal.

He became a Portuguese citizen in 2001 and chose to run for his adoptive country.

He was born in the Nigerian city of Onitsha, a commercial and educational center.

Francis Obikwelu Is A Member Of