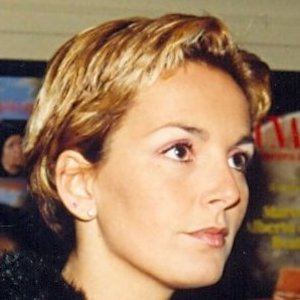 Spanish actress who is best known for playing the part of Dayana Soto Machuca in the TV series Teatro en CHV. She has also appeared in projects such as El Último Sacramento and Destinos Cruzados.

One of her earliest acting jobs was as Patricia Aliaga in the 1997 TV series Eclipse de luna.

She played the role of Isidora in the 2002 TV mini-series La vida es una lotería. She has gained a whopping 450,000 followers on her la.frangh Instagram account.

She has a son named Joaquín Rodríguez.

She acted alongside Mario Horton in the TV mini-series Bala Loca.

Francisca García-Huidobro Is A Member Of