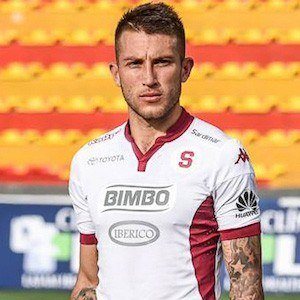 Center back who began playing for Saprissa in 2015. He previously played for Nordsjaelland and Herediano. He became popular on Instagram where he has attracted over 140,000 followers.

He played for the San Jacinto Coyotes when he was in college in the United States.

He is from San José, Costa Rica.

He became teammates with Heiner Mora upon joining Saprissa.

Francisco Calvo Is A Member Of