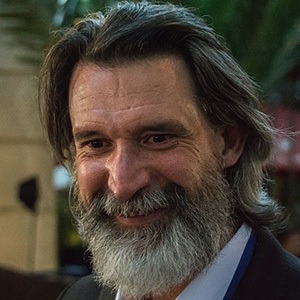 Chilean actor, model, and producer who is best known for his recurring television appearances on soap operas and on several TVN programs. He is best recognized for having starred as Raimundo Dominguez on the 2009 television series Donde esta Elisa? as well as Rodrigo Quintana in the 2007 series Alguien Te Mira.

He made his television debut in 1993 when he starred in the TVN original series Mea Culpa. He then gained further attention in 1995 when he landed the recurring role of Peter O'Kelly on the soap opera Estupido Cupido.

He married Daniela Lhorente in 2004. He has two children.

He starred alongside Simón Pesutic and Constanza Piccoli on the 2015 television series Toro Loco Sangriento.

Francisco Melo Is A Member Of