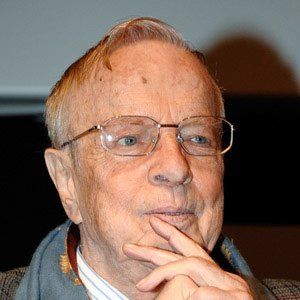 Italian director of the 1968 film version of Romeo and Juliet. His other works include Jesus of Nazareth and Taming of the Shrew, a film adaptation starring Richard Burton and Elizabeth Taylor.

He studied art and architecture at the University of Florence.

During World War II, he fought in the Italian Resistance movement.

He was openly gay, but he supported the Roman Catholic Church and even offered to act as an image consultant for Pope Benedict XVI.

Franco Zeffirelli Is A Member Of