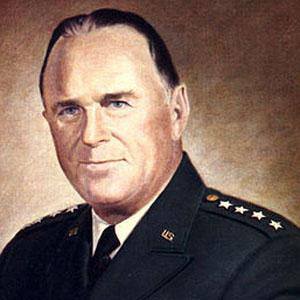 He was commissioned as Second Lieutenant of Infantry in 1924.

He was in charge of U.S. home front supplies and logistics during the World War II years.

He grew up in Catskill, New York.

As Chief of Staff of the Army, he directed American response to Nikita Khrushchev and the USSR.

George Decker Is A Member Of