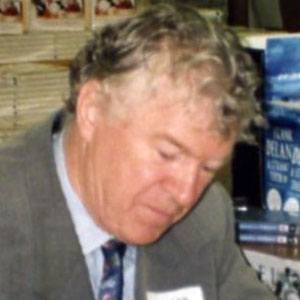 Irish novelist and journalist who wrote the New York Times best-seller Ireland and the non-fiction work Simple Courage: A True Story of Peril on the Sea. He also penned the screenplay for the adaptation of Goodbye, Mr. Chips.

He became a sports reporter for the BBC in Dublin in the 1970s.

He worked as a contributor on many National Public Radio programs.

He settled in Connecticut with his wife Diane Meier.

He wrote a book titled James Joyce's Odyssey, which was a best-seller in the UK and Ireland.

Frank Delaney Is A Member Of