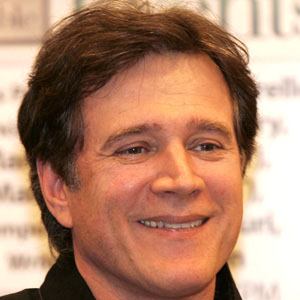 Most famous for playing Frank Achilles Cooper Jr. on the soap opera Guiding Light from 1987-2009.

He was an exceptional athlete at Kenyon College, where he set an NCAA Division III track record in high hurdles.

He was 1 of 4 finalists out of 770 candidates to screen test for the Larry Wilcox role on the TV CHiPs.

He starred on Guiding Light, which featured scripts by Patrick Mulcahey.

Frank Dicopoulos Is A Member Of