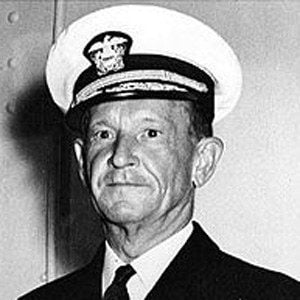 He graduated from the U.S. Naval Academy in 1906 and participated in military action at Vera Cruz, Mexico.

He received the Medal of Honor, the Navy Cross, and the Navy Distinguished Service Medal over the course of his career.

He was born in Marshalltown, Iowa.

He and Raymond Spruance were both commanders in the Battle of Midway. Fletcher, in fact, turned tactical command over to Spruance after Fletcher's carrier, the Yorktown, was heavily damaged.

Frank Jack Fletcher Is A Member Of