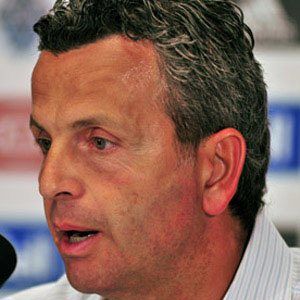 He was signed by the Chicago Sting as soon as he graduated from high school, but his early career was derailed by an injury.

He made 39 appearances with the United States national team beginning in 1987; he also represented the U.S. at the 1988 Olympics.

His family came to the United States from Greece when he was eight; he later married Sophia Klopas.

He and Marcelo Balboa played together on the U.S. national team.

Frank Klopas Is A Member Of