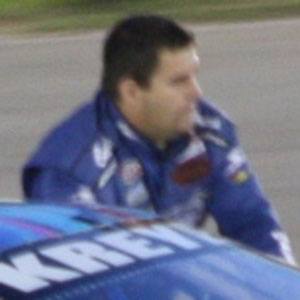 American race car driver who began his NASCAR career in 2007.

He began racing in half scale NASCAR cars in the Junior Cup series in 1995.

He won his first Super Late Model feature race at Wisconsin Dells, and was named the track's Rookie of the Year.

He had a son named Kendrick with his wife Michelle.

His first Craftsman Truck Series start came at the 2007 Kroger 250 at Martinsville Speedway, which was won by Mike Skinner.

Frank Kreyer Is A Member Of