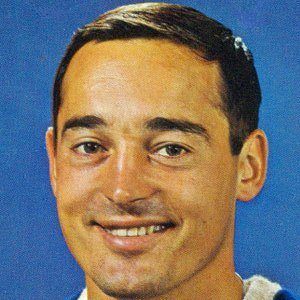 Former star left winger nicknamed The Big M, his career spanned from 1957 to 1979 and in 1998, he became a Canadian Senator.

He won six Stanley Cups in his career and was inducted into the Hockey Hall of Fame in 1981.

Has two sons and a daughter with his wife Marie Davaney.

He was teammates with Dave Keon on the Toronto Maple Leafs.

Frank Mahovlich Is A Member Of