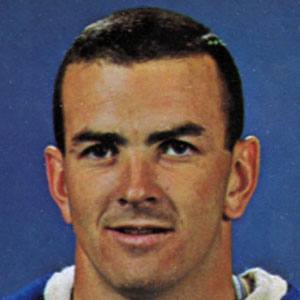 NHL Hall of Fame center who spent 15 seasons with the Toronto Maple Leafs.

He began his NHL career without spending any time in the minor leagues.

He was named the NHL Rookie of the Year in 1961 and he won a total of 4 Stanley Cup Championships with the Maple Leafs in the '60s.

He grew up around Rouyn-Noranda, in Quebec, Canada.

He surpassed Frank Mahovlich in 1972 to become the Leafs' all-time leading scorer.

Dave Keon Is A Member Of