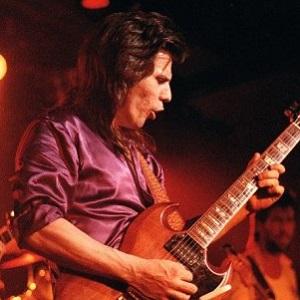 Lead guitarist for the hard rock band Mahogany Rush who has also pursued a solo career, releasing albums like Juggernaut.

He started to learn how to play guitar by the age of fourteen.

He and Mahogany Rush have toured with Aerosmith and Ted Nugent.

His guitar-playing style has often been compared to that of Jimi Hendrix.

Frank Marino Is A Member Of