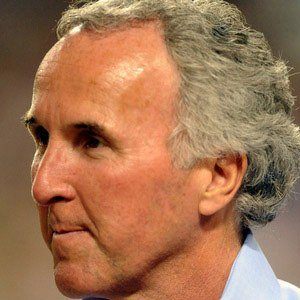 Became known as the co-owner of the Los Angeles Dodgers from 2004 until 2012.

He was a real estate broker and attended Georgetown University.

He bought the Dodgers after his bid on the Red Sox failed.

He was previously married to Jamie McCourt.

Frank McCourt Is A Member Of