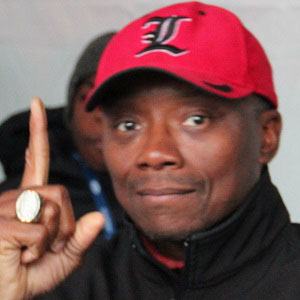 Cornerback for the Cleveland Browns who made four consecutive Pro Bowl appearances, from 1986-1989.

He played college football at the University of Louisville, and followed that with two years in the USFL.

Along with teammate Hanford Dixon, he is responsible for creating and naming the Dawg Pound cheering section at Cleveland Stadium.

His son, Chase Minnifield, has played quarterback in the NFL.

He was named to the NFL's All-1980s team, alongside fellow defensive back Ronnie Lott.

Frank Minnifield Is A Member Of