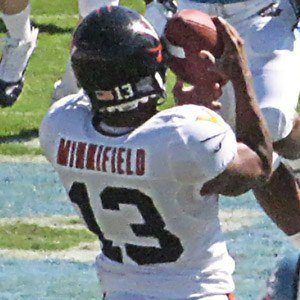 2nd generation professional defensive back earned a roster spot on the Washington Redskins after going undrafted in the 2012 NFL draft.

He played basketball and baseball at Henry Clay High School in addition to playing defensive back, wide receiver, running back and quarterback.

His 50 tackles and 3 interceptions led to First-team All-ACC honors his senior season at the University of Virginia.

His father Frank played defensive back for the Cleveland Browns. He has a sister named Chanel.

He joined veteran cornerback DeAngelo Hall on the Redskins in 2012.

Chase Minnifield Is A Member Of