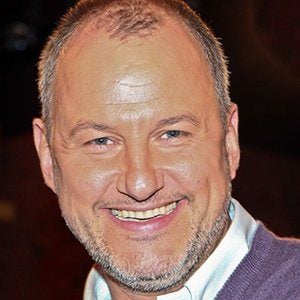 Chef who joined the restaurant Rosin in 1990. The magazine Der Feinschmecker awarded it Restaurant of the Year in 2009.

He trained as a chef at the Hotel Monopol and the restaurant Kaiserau in Gelsenkirchen under Harald Schroer.

He was sous chef on the four-masted luxury cruiser, Sea Cloud. He has over 200,000 followers on his frank_rosin Instagram account.

He married Claudia Rosin in 2006. His mother is Marlies Rosin.

He and Rodrigo Oliveira are both Michelin star chefs.

Frank Rosin Is A Member Of