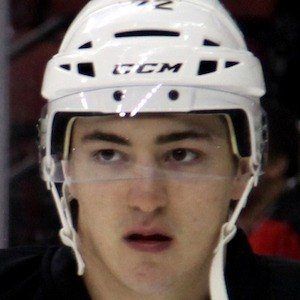 Center who made his NHL debut for the Boston Bruins in November 2015. He signed with the team as an undrafted free agent.

He originally had committed to Boston College to play hockey. He de-committed, and eventually went on to play for the University of Massachusetts Amherst.

He signed an entry-level contract in lieu of his senior season in 2015 with the Boston Bruins. He earned his first NHL hat trick, where he scored 3 goals in 1 game, on December 18th, 2015 against the Pittsburgh Penguins.

He was born and raised in East Longmeadow, Massachusetts.

During his 2015-2016 season with the Bruins, he played for coach Claude Julien.

Frank Vatrano Is A Member Of