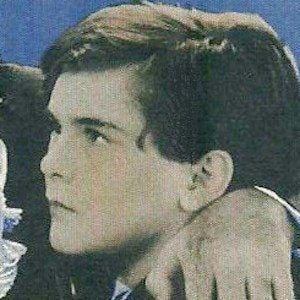 Perhaps best known for providing his voice for the role of Lampwick in the 1940 film adaptation of Pinocchio, he also played the lead role in Wild Boys of the Road, Three on a Match, Charlie Chan at the Race Track, and A Day at the Races.

He was cast in his first role in 1924 as Heath Twin in The Judgement of the Storm, and that same year he played Little Bill in Roaring Rails.

Although he was not credited, he was the operator inside Robby the Robot for the well known sci-fi flick, Forbidden Planet.

He appeared on The Red Skelton show in 1951 as the Little Old Lady.

Frankie Darro Is A Member Of