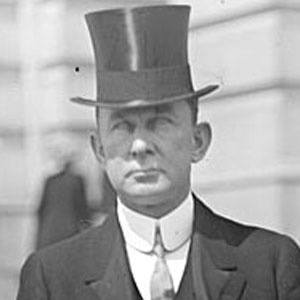 Democratic politician who was a U.S. Representative from Delaware from 1913 and 1915. He also served in the Delaware General Assembly.

He was an 1890 graduate of Wilmington Conference Academy of Dover, and started out working as a teacher.

He worked as a lawyer before and after he was a US Representative.

He grew up with his family in Delaware.

Another politician like him who represented Delaware was James Ponder.

Franklin Brockson Is A Member Of