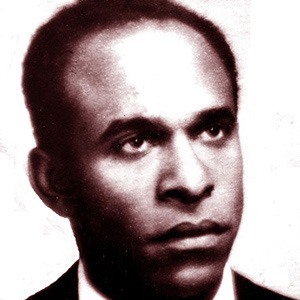 Existential humanist thinker, psychiatrist, philosopher, revolutionary, and author. He was an influential post-colonialist and critical theorist.

He enlisted in the French army and fought in the battles of Alsace. He was given the Croix de guerre medal after being wounded at Colmar in 1944.

His first book was Black Skin, White Masks from 1952, which explored colonial subjugation of black people and its psychological effects.

He married Josie Fanon and was the father of Olivier and Mireille Fanon.

His work was influenced by Karl Marx.

Frantz Fanon Is A Member Of