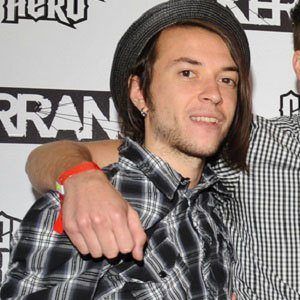 Member of the English rock band Young Guns who are well known for their title track single "Bones" which reached #1 on the on the Billboard Active Rock charts in May 2013.

He joined the band in 2009 following the departure of former rhythm guitarist Tom Ford.

He and Young Guns have released albums titled All Our Kings Are Dead, Bones, and Ones and Zeros.

He has a sister named Alexis Taylor and an older brother John Taylor who plays beside him as a guitarist in Young Guns.

He performs alongside Ben Jolliffe in Young Guns.

Fraser Taylor Is A Member Of