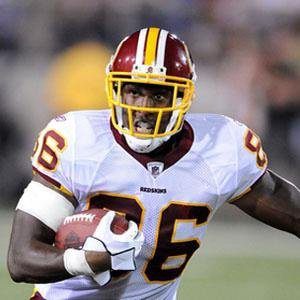 NFL tight end who was selected by the Washington Redskins in the second round of the 2008 NFL Draft. He caught 6 touchdown passes in his second NFL season.

He was named to the All-Pac-10 team during his senior year at the University of Southern California.

He became a starting tight end for the Washington Redskins in 2011.

He grew up with his younger brother, Kedran, in Toledo, Ohio.

He was Robert Griffin 's favorite pass target before his 2012 season ended early because of an injury.

Fred Davis Is A Member Of