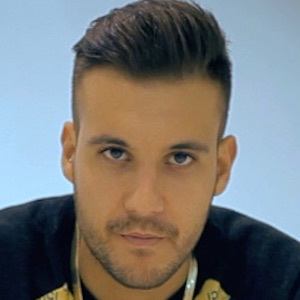 Member of the Italian Rap Crew Royal Fam. He and his partner Dirty released "God Save the Royal," which spent several weeks atop the iTunes charts.

He took part in freestyle circuits in Italy, quickly gaining notoriety for his skill.

He collaborated with Shade and Ensi to make one of the most viewed freestyle videos in Italy.

Born Federico Palana, he grew up in Torino. He has been in a relationship with actress Beatrice Vendramin.

He was featured on the Emis Killa song "MITO."

Fred de Palma Is A Member Of