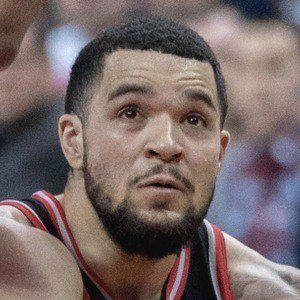 Point guard who became Wichita State's all-time assist leader in his junior season at the school. He signed with the Toronto Raptors as an undrafted free agent in 2016 and helped the team win an NBA title in 2019.

He attended Auburn High School in Rockford, Illinois, where he led the school to a 22-game win streak in his senior season.

He became an in-demand public speaker after delivering the commencement address at his former high school during his sophomore season at Wichita State. He was a First-Team All-Missouri Valley Conference selection in 2014 and 2015 with Wichita State and was named the conference's Player of the Year in 2014.

He was born and raised in Rockford, Illinois. His father Fred passed away in 1999. He has brothers named Darnell and J.D.

He was teammates with Ron Baker on the Shockers team that made a run to the Final Four of the 2013 NCAA Men's Division I Basketball Tournament.

Fred VanVleet Is A Member Of