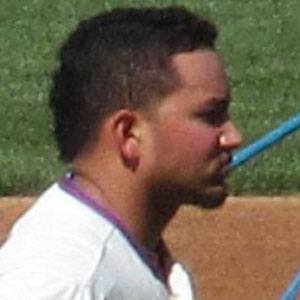 Venezuelan-born athlete who made his MLB debut in 2012 as a Philadelphia Phillies second baseman.

He began playing for the minor league team, the Williamsport Crosscutters, in 2007.

He was suspended from the MLB for fifty games after testing positive for use of performance enhancing drugs in June, 2012.

His family lived in Punto Fijo, Falcon, Venezuela at the time of his birth.

He replaced an injured Chase Utley in the 2012 starting lineup for the Philadelphia Phillies.

Freddy Galvis Is A Member Of