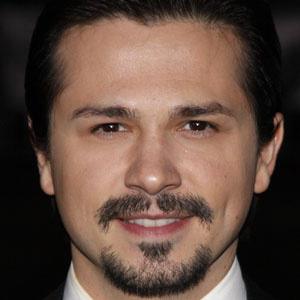 Actor who played Hector Federico "Rico" Diaz on the series Six Feet Under from 2001-2005, earning him an Emmy nomination for Best Supporting Actor. He later played the role of Benny in CBS's Bull.

He began acting through a theater program for inner-city kids in Chicago, which led to a scholarship to the Pulaski International School of Chicago.

He had a recurring role as Giovanni Rossi on the ABC comedy Ugly Betty. He also starred in the films Planet Terror, Harsh Times, and Lady in the Water.

His father was a janitor and his mother was a homemaker. In 1995 he married his college sweetheart Elsie and together they welcomed two children.

He had a recurring role as Donald Faison's antagonizing brother-in-law on the hit comedy Scrubs.

Freddy Rodriguez Is A Member Of