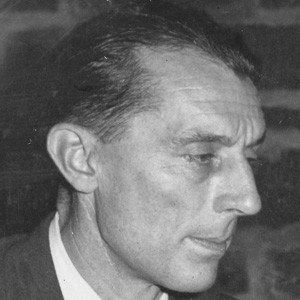 A French physicist who won the 1935 Nobel Prize in Chemistry with his wife for discovering artificial radioactivity. He was also a part of the French Resistance during the Nazi occupation of France.

He worked as Madame Curie's assistant at the Radium Institute.

He was a member of the French resistance during World War II.

He married in 1926, and went on to win the Nobel Prize with her nine years later.

Frederic Joliot Curie Is A Member Of