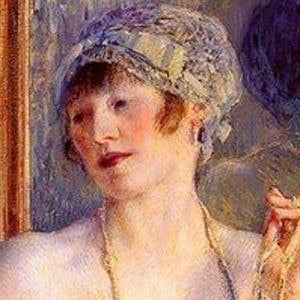 He studied at the Art Students League in New York City and then spent fourteen years in Paris perfecting his technique.

He was a member of the famed Giverny Art Colony in France.

He was born in Owosso, Michigan, and was the grandson of German immigrants. He married Sadie O'Bryan in 1905.

Frederick Carl Frieseke Is A Member Of