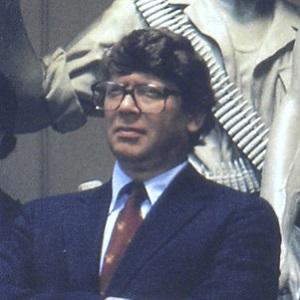 American sculptor who made public monuments and works of art in bronze, marble, and clear acrylic, including his piece The Creation Sculptures.

He was awarded the National Medal of Arts, the highest award given to artists by the United States Government.

The film The Devil's Advocate, starring Keanu Reeves, featured a sculpture similar to one of his own.

Frederick Hart Is A Member Of