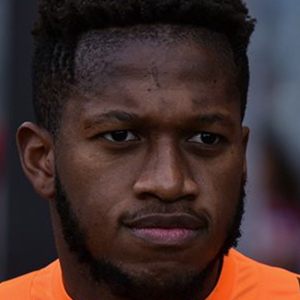 Known simply as Fred, he earned fame as a midfielder playing in Brazil and Ukraine for FC Shakhtar Donetsk. He originally gained renown as an attacking midfielder for Brazil's Serie A club Internacional between 2011-2013.

He began his youth career in 2003 for Atletico Mineiro. He debuted professionally in 2011 for Internacional.

He played for Brazil's senior national team in 2015 at the Copa America tournament. He contributed to the Ukrainian Premier League-winning FC Shakhtar Donetsk squad in 2013-2014.

He was born and raised in Belo Horizonte, Brazil.

He and Darijo Srna have played for Shakhtar Donetsk FC as starting teammates.

Frederico Rodrigues Santos Is A Member Of