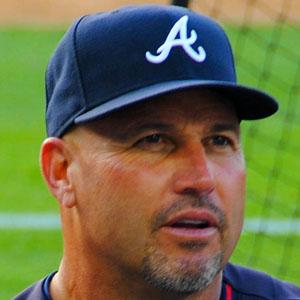 MLB manager best known for his time with the Florida Marlins, whom he coached from 2007 through 2010. At the time of his release, he was the winningest coach in franchise history.

He played baseball at Southridge High School before being selected by the New York Yankees in the 1982 amateur draft.

He was named Sporting News Manager of the Year in 2008 after achieving a winning record with the Marlins despite the fact that team had the lowest payroll in the majors.

He has children named Gabrielle and Alex.

He succeeded Bobby Cox as the manager of the Atlanta Braves in 2011.

Fredi González Is A Member Of