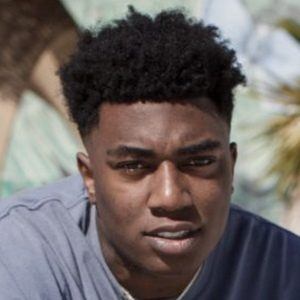 Rapper who is known for posting a variety of his tracks to streaming services including SoundCloud and Spotify. He is known for his controversial coverage and his unique beats that he produces.

He first began making music in 2015 where a song he was featured on made it to Spotify. Soon after, he gained notoriety with a variety of music videos and other online content that was released in February of 2016.

He was arrested and charged with attempted second degree murder and features the news story at the beginning of his song "Thuggin".

His real name is Fredrick T. Givens II. He was born and raised in Louisiana.

He could often be seen hanging out with his friend Da Real Gee Money. They were often pictured together and a variety of articles linked the two together.

Fredo Bang Is A Member Of