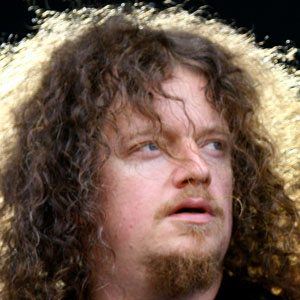 Swedish heavy metal guitarist who has played with the groups Opeth and Krux, as well as Monsters of Metal and other groups.

He picked up a guitar at the age of twelve; by nineteen he had joined the band Talisman.

He spent four years with Talisman before leaving in pursuit of a band with a heavier sound.

He grew up around Stockholm, Sweden.

Yngwie Malmsteen is one of his musical influences.

Fredrik Akesson Is A Member Of