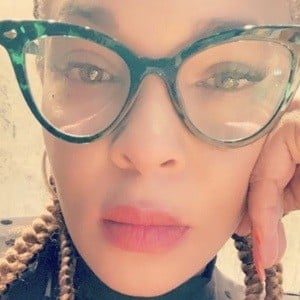 Well known as the first host of the BET show 106 & Park, she is also a television producer and philanthropist who founded the Free4Life Foundation. She worked as a disc jockey at a Los Angeles station and was formerly a co-host of the Ed Lover Morning Show on Power 105.1 in New York City.

She attended the Roxbury Center for Performing Arts for 11 years. She also joined a few groups, performing and winning talent shows as a singer and rapper.

As a recording artist, she put out a debut studio album called Pressure Free in 2003. She has appeared on albums by Wyclef Jean, Erick Sermon, Lisa Lopes and Ed O.G.

She was born Marie Antoinette Wright in Dorchester.

Busta Rhymes was featured on her single "Uh Huh."

Free Marie Is A Member Of