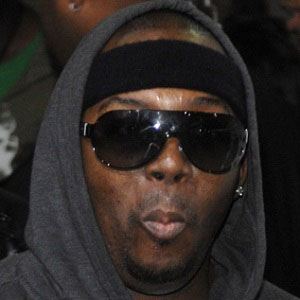 Rapper and music producer most famous for being one half of the prominent east coast hip-hop duo EPMD along with Parrish Smith. He released his first solo album No Pressure in 1993 and has provided production for artists like Keith Murray and Method Man.

He grew up in Brentwood, New York and recorded the first EPMD album Strictly Business in 1988.

He appeared on the final episode of the pioneering hip-hop music show Yo! MTV Raps in 1995, performing with MC's like MC Serch and Chubb Rock.

His sisters are Kim and Tomara Sermon.

He produced several tracks for Shaquille O'Neal during the basketball star's short-lived rap career in the 90's.

Erick Sermon Is A Member Of