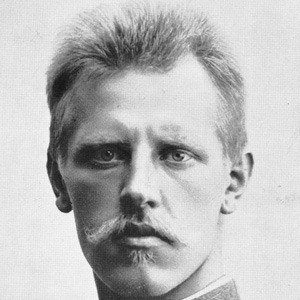 Explorer who led four Arctic expeditions and won the Nobel Prize for Peace for helping populations displaced by war.

He studied zoology in hopes that it would allow him to work outdoors.

He not only published books about his travels, but also had time to work for Norway's independence.

He inherited his sense of duty and ethics from his father and his love of the outdoors from his mother.

Fridtjof Nansen Is A Member Of