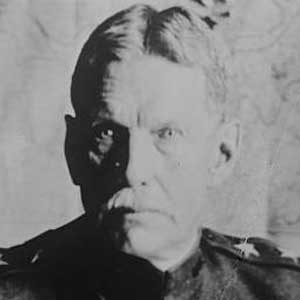 He crossed 1,500 miles of wilderness along the Alaskan Copper river in order to make charts of the land.

After graduating from West Point, he became a military attaché to Russia and later to Germany before being recruited for the Alaskan expedition.

His most effective expedition took him and group across difficult terrain and freezing temperatures.

He was born in Sharpsburg, Kentucky, one of 14 children of Susan Shumate and Sanford Allen.

His undertaking was compared by some in the military to that by Meriwether Lewis and his partner centuries earlier, when the U.S. purchased the Louisiana territory.

Henry Tureman Allen Is A Member Of