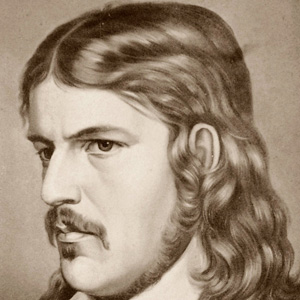 German poet, academic, and translator known for an 1844 love song cycle entitled Liebesfruhling (Spring of Love). His other literary works include Geharnischte Sonette (Sonnets in Arms) and Der Kranz der Zeit (The Wreath of Time).

He studied at Wurzburg and Heidelberg Universities. He published his debut poetry collection, Deutsche Gedichte, under the pen name of Freimund Raimar.

He could read thirty languages and was a notable translator of Asian literature.

He was the oldest son of a Schweinfurt lawyer.

His writings published between 1814 and 1818 document German reaction to the threat of Napoleon Bonaparte.

Friedrich Ruckert Is A Member Of