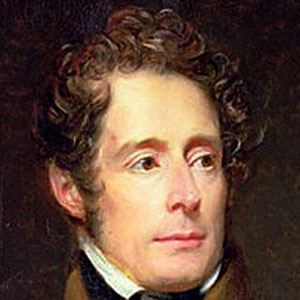 He came from French Catholic nobility and spent his youth on his family's provincial estate.

He was instrumental in the establishment of the Second Republic of France. As a politician, he campaigned unsuccessfully for the French presidency; nevertheless, he helped to abolish both the death penalty and slavery in his native country.

He wrote love poems to both Julie Charles and a working-class woman named Antoinella. However, he ultimately married Maria Ann Birch.

Alphonse de Lamartine Is A Member Of