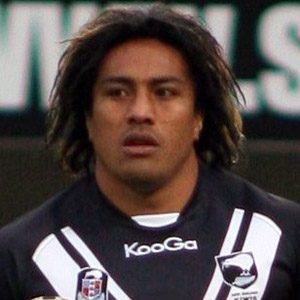 Prop who played internationally for Tonga from 2006 to 2013 and New Zealand from 2007 to 2011; debuted professionally in the National Rugby League with the Parramatta Eels in 2004.

He played junior rugby for the Point Chevalier Pirates and Glenora Bears before he was discovered.

He played for the American Samoa national rugby league team.

He became teammates with Jarryd Hayne on the Parramatta Eels.

Fuifui Moimoi Is A Member Of